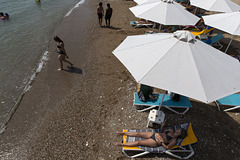 The Greece Visa Application Center has temporarily stopped accepting documents for visas from Russians. This was reported by the Association of Tour Operators of Russia (ATOR).

It is noted that in the very center they refer to technical reasons – updating the system. At the same time, when the beach European country will resume accepting documents, it is not specified.

It also became known that from June 27, the Greek consulates in Moscow, Novorossiysk and St. Petersburg will suspend work. However, it is specified that visa centers will continue to provide consulting services, as well as issue passports to tourists.

The Turdom portal reports that applicants who have an up-to-date appointment for dates after June 27 can reschedule it to a later date.

Earlier, the Russian Foreign Ministry said that Greece has ceased to be a safe country for the rest of citizens. In particular, the Foreign Ministry spoke about “the facts of discrimination and even direct aggression.”