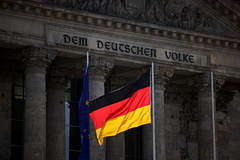 The German government for the first time published a list of weapons provided to Ukraine, as well as a plan for further deliveries. The list of military aid was published on the website of the German Cabinet on Tuesday, June 21.

In total, the list of weapons and materials already delivered to the country includes 38 items, and 25 items planned. transfer will not take place.

Earlier, German Defense Minister Christina Lambrecht said that Germany, together with the United States and Great Britain, would transfer three Mars 2 MLRS and several hundred missiles to Kyiv, as well as train personnel.