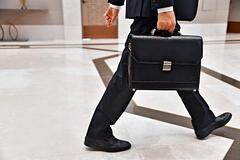 Russia needs to establish channels of communication with Finland in order for the leaders of the countries to better understand each other’s intentions. This was stated in an interview with RIA Novosti by the former Russian ambassador to Helsinki Vladimir Grinin.

According to the ex-ambassador, Moscow needs to improve relations with Helsinki against the backdrop of the Finns’ desire to join NATO. However, he noted that in Finland there is a category of citizens that traditionally adheres to an anti-Russian position – it is impossible to change their opinion, but you should not stop contacts with them, Grinin believes.

“Just saying something to someone or demanding something from someone does little. But promises, demonstration of intentions, conditions are a completely different matter,” the diplomat said. He recalled that it was possible to reach an understanding with the former head of state, President Tarja Halonen, on issues of interest.

The issue of membership of Finland and Sweden in NATO was raised again after the start of Russia’s special military operation in Ukraine. Only one member of the alliance spoke out against it – Turkey, whose authorities accused Helsinki and Stockholm of supporting terrorists (we are talking about Kurdish formations). Ankara also put forward a number of requirements, without which it will not allow countries to join the alliance. On June 28, Madrid will host a summit between Turkey, Sweden and Finland on NATO.