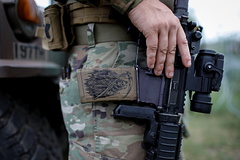 The US authorities are ready for a military response if China decides to attack Taiwan. This is reported by the publication Axios, citing a closed briefing by an anonymous high-ranking official from South Korea.

“We take it for granted that if China attacks Taiwan, the US will intervene,” the official said. If the American authorities remain on the sidelines even after the aggressive actions by the PRC, Seoul will take this as a signal that it will be “abandoned” in the event of attacks from Pyongyang.

The South Korean official added that North Korea is at the top of the list of potential security threats. It also has a place for Beijing, which, however, is more likely to be perceived as some kind of “risk” than an immediate threat. At the same time, the briefing did not say whether South Korea itself was ready for a military response in the event of threats to Taiwan.

The fears of a number of Asian countries and the United States are related to the fact that China considers Taiwan its territory, while this country formally declared its independence (which was recognized in a number of Western countries, including the White House).